This was written in the guest book in Sawmill Cottage, it's written for the next guests as much as for ourselves. I'd strongly recommend that you consider being one of the next visitors to Sawmill Cottage on Eilean Shona!

You can find more information about Eilean Shona on their website.

We'd planned our day around the tides as we wanted to paddleboard to the sandy beach we had spotted yesterday to the North of Baramore, Eilean na h-Oitire. As we bought our own boards with us, we set off from our cottage just after 9. The peace and tranquility was like nothing I've experienced before. After a nice easy float (I mean paddle) with the tide, we beached on the island. 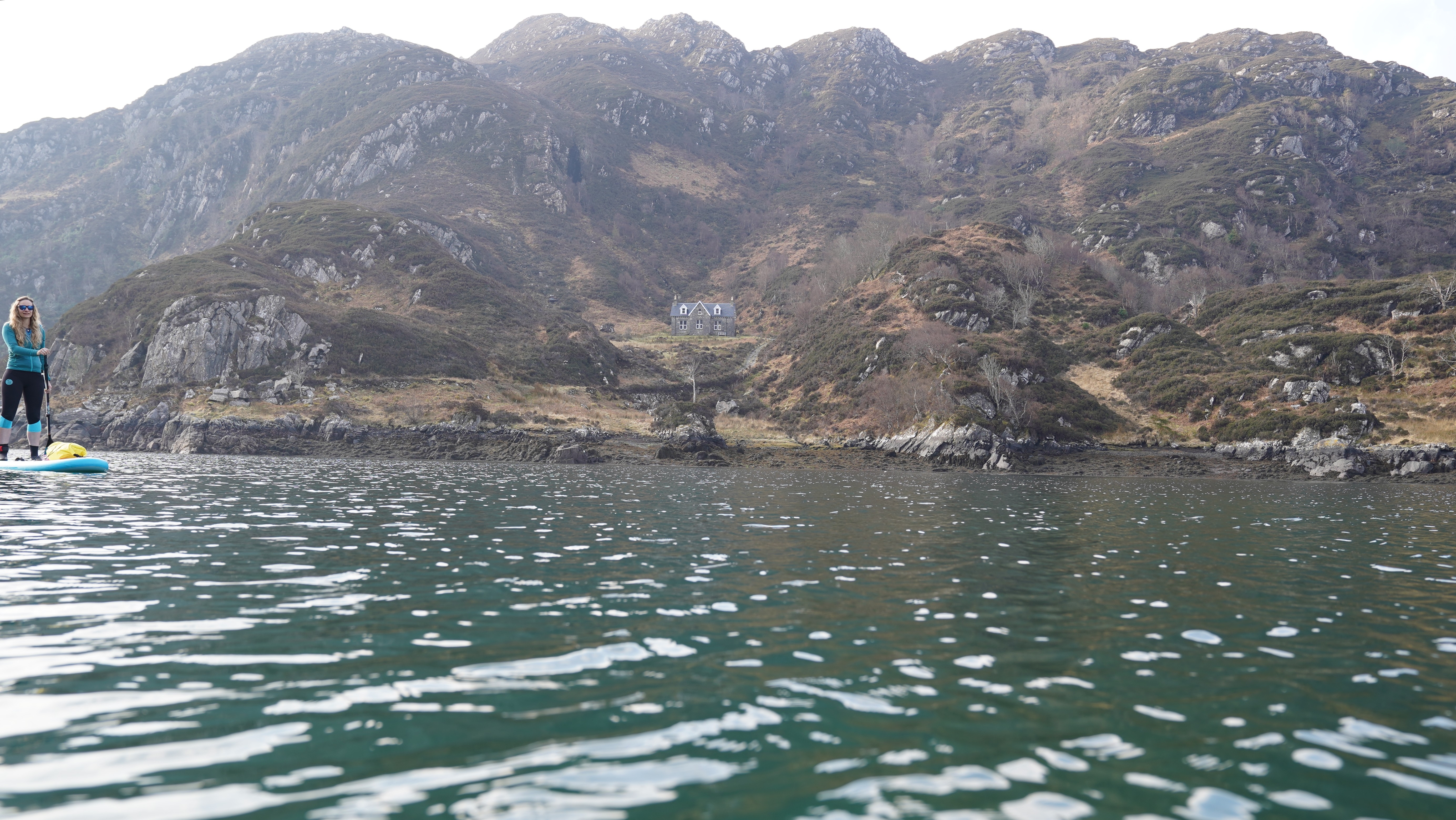 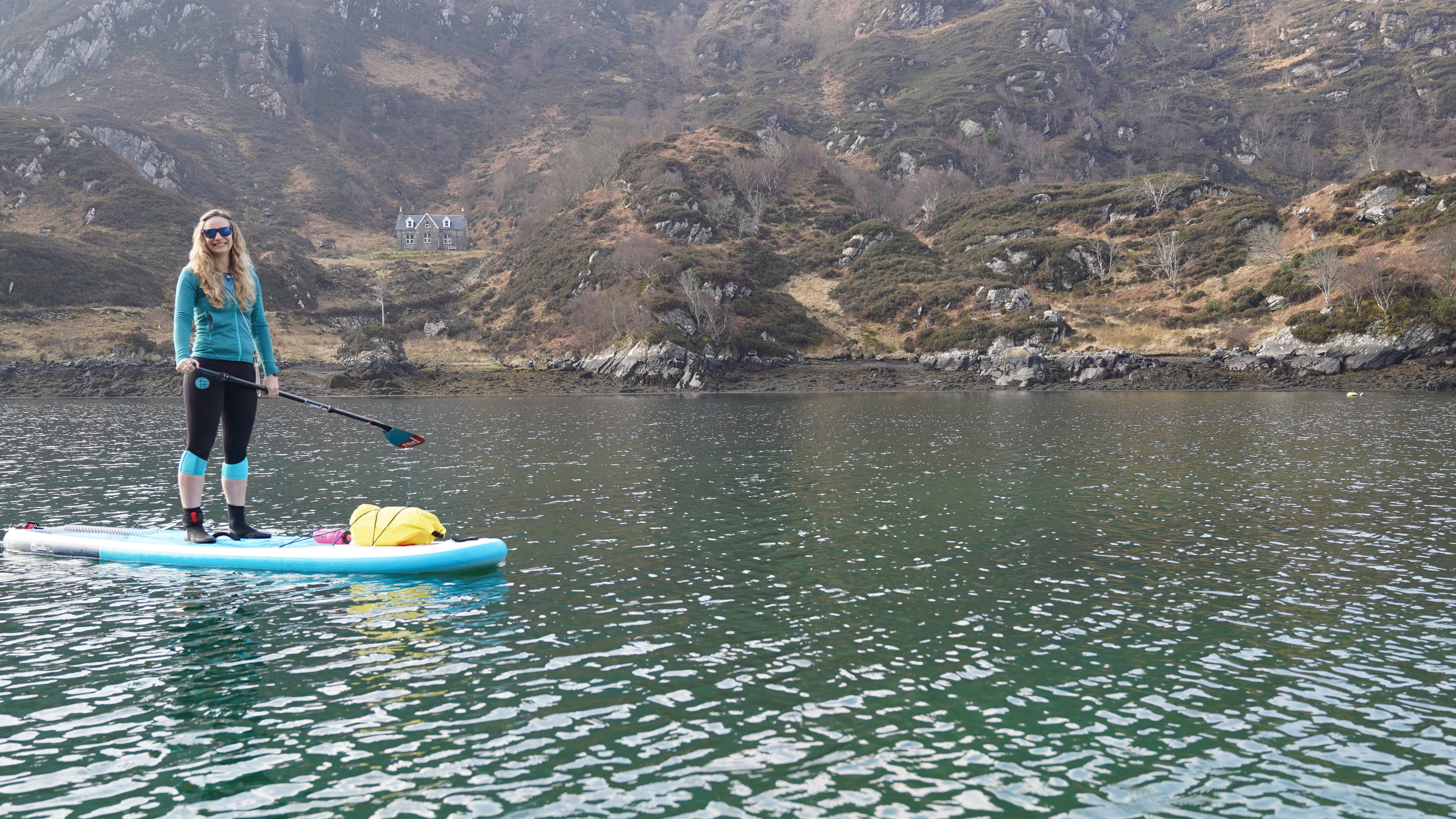 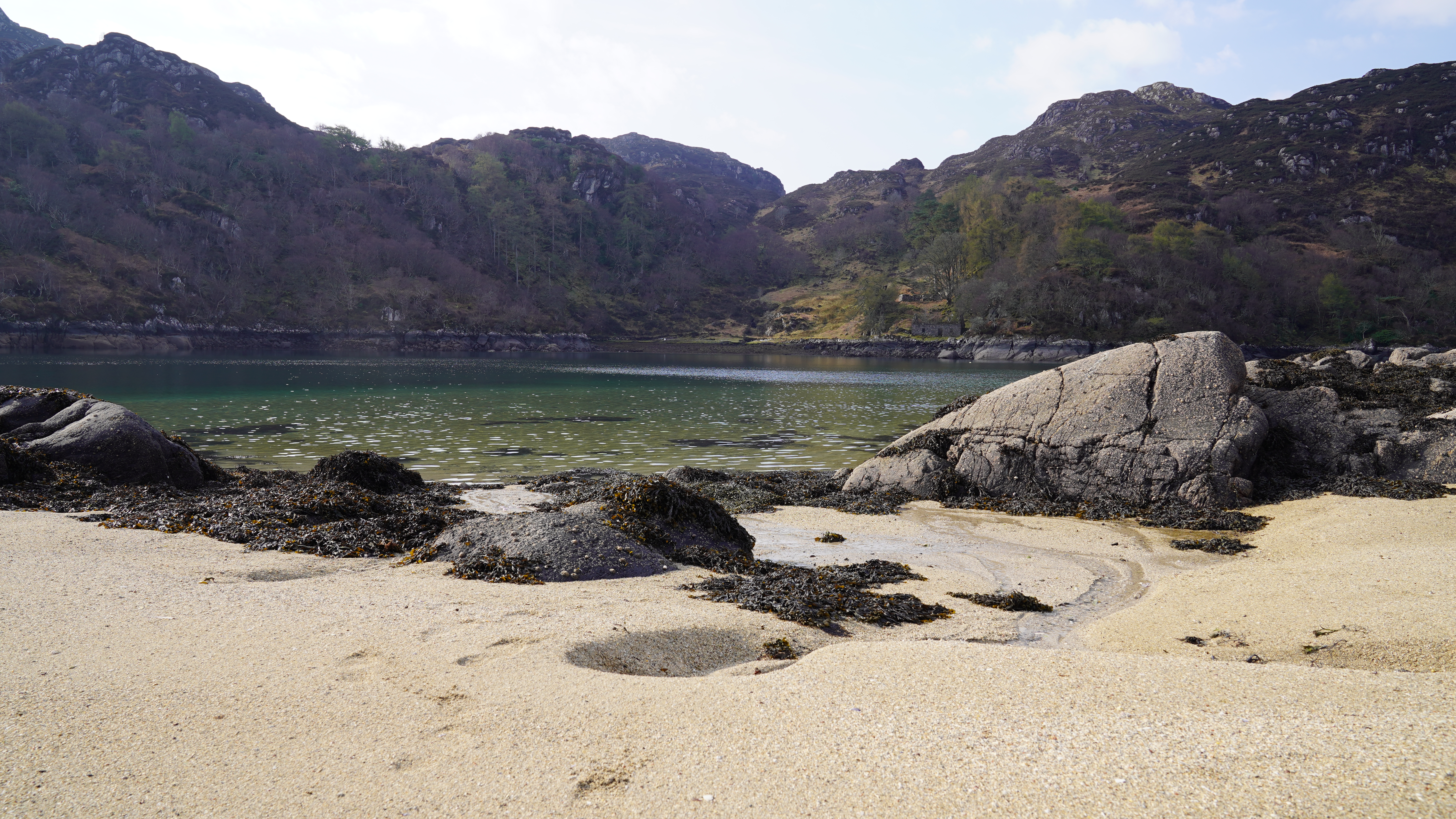 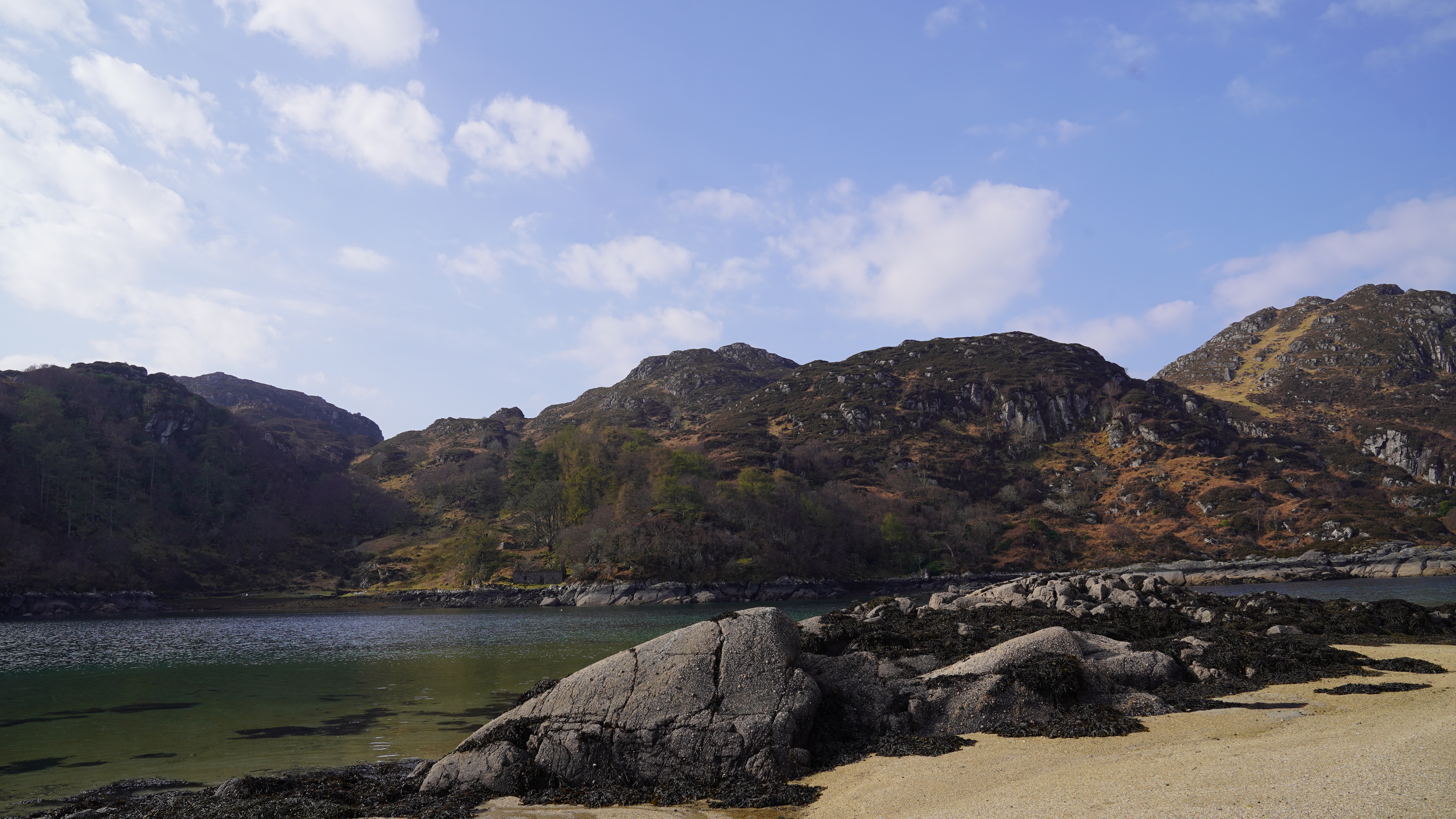 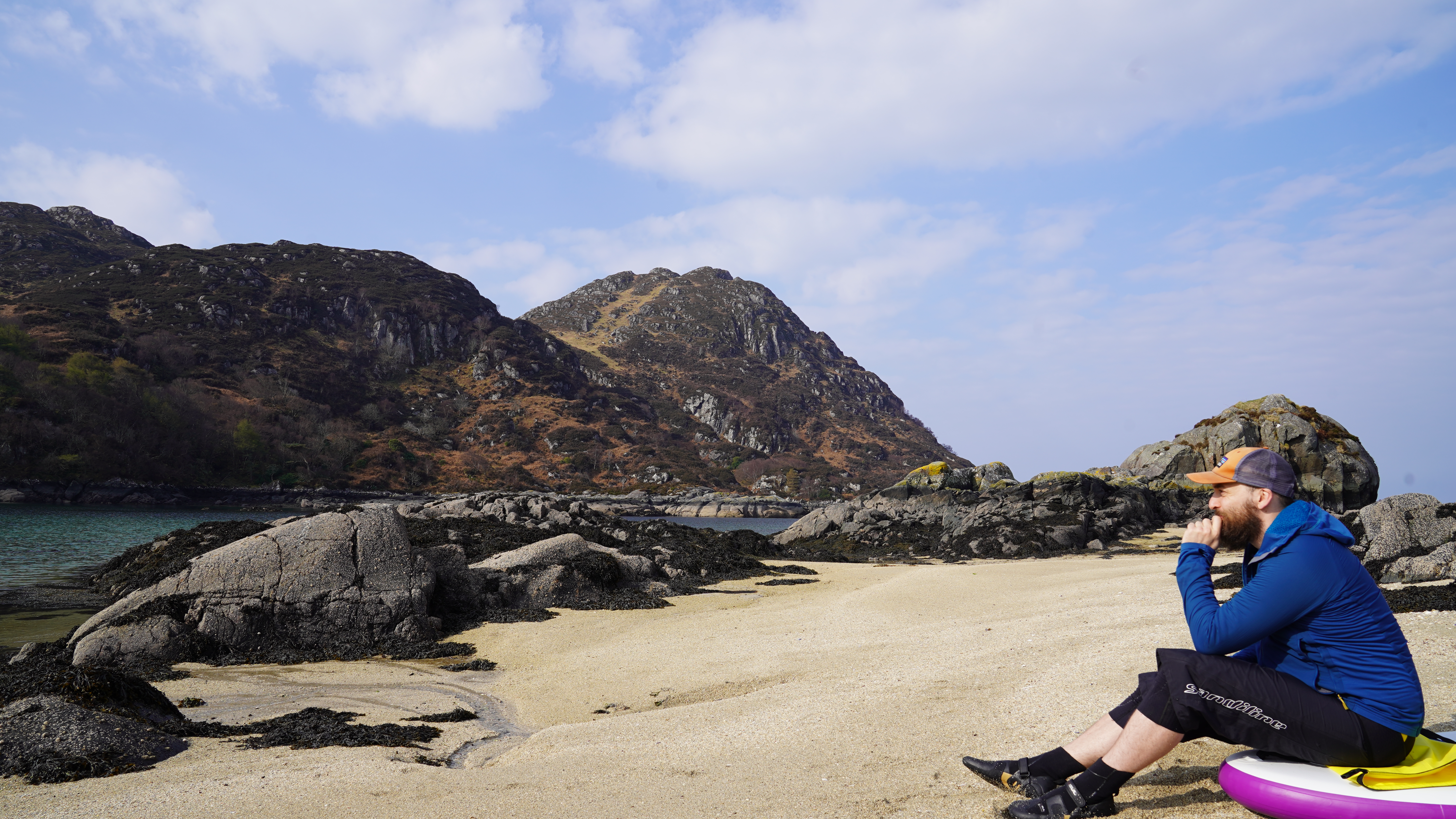 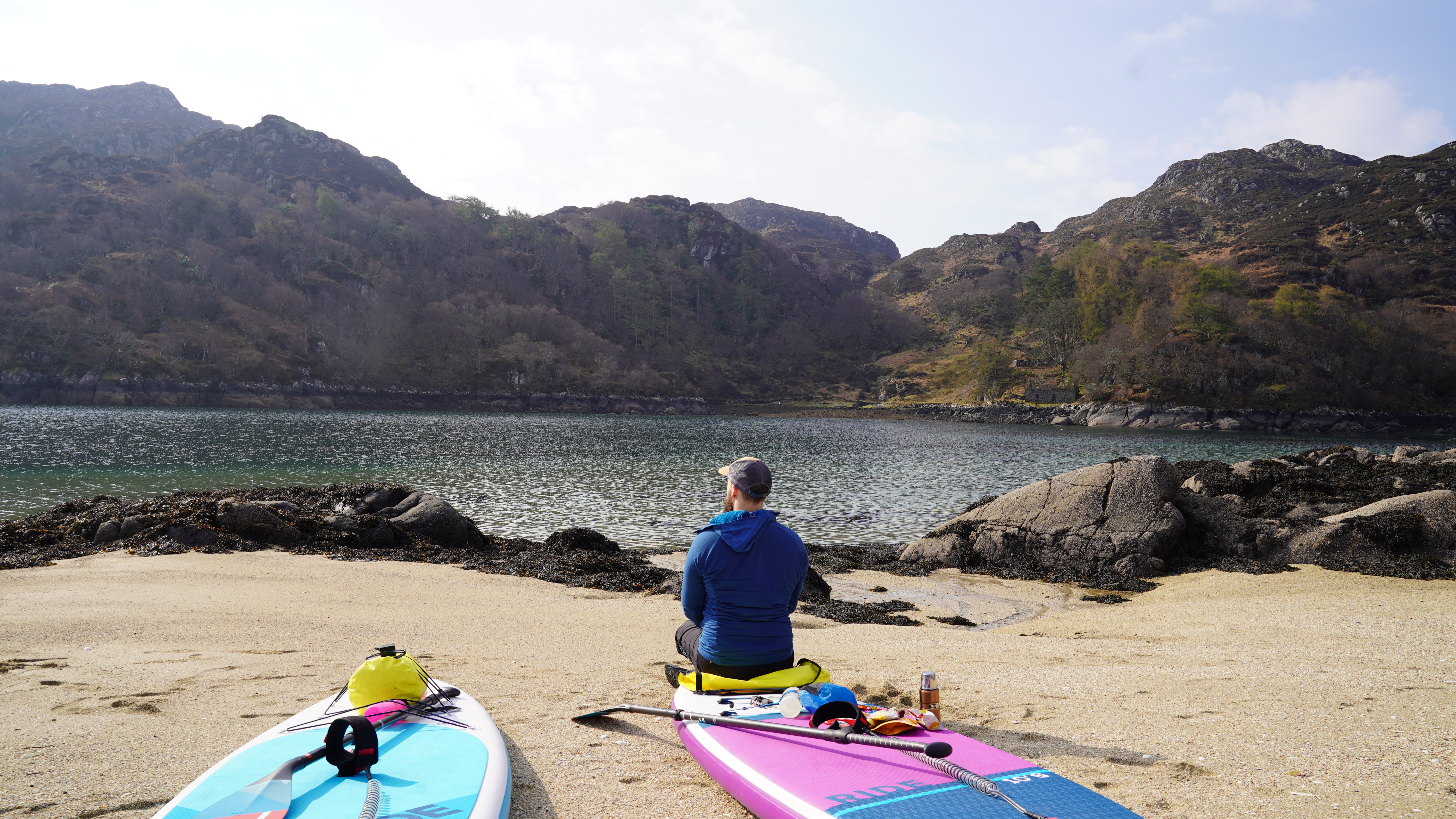 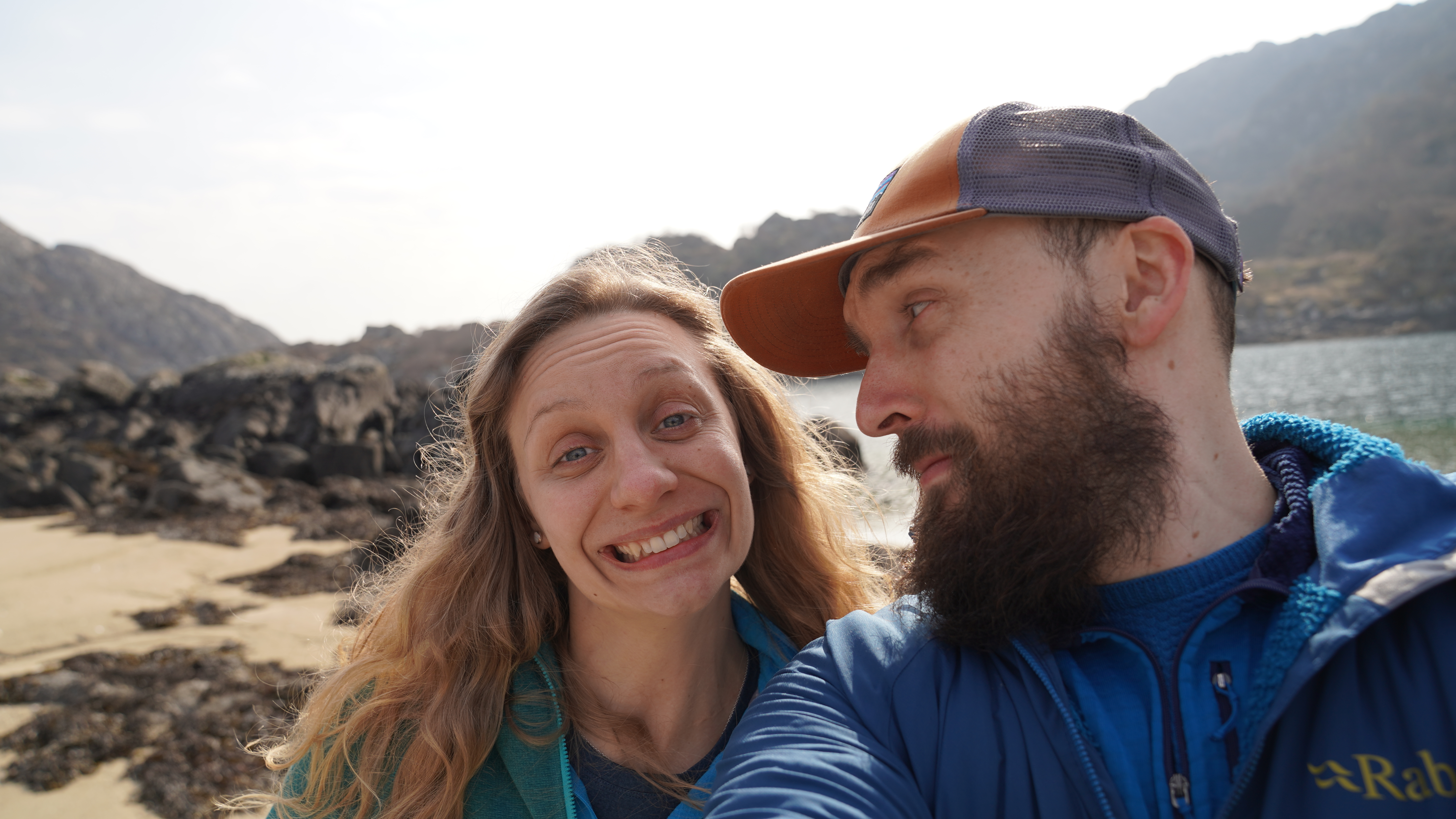 8 images as we paddled to Eilean na h-Oitire and explored the sandy beach.

We explored the small island and found lots of beautiful shells, deer hoof prints, piles of coral, some cool rocks, and then I found Phil down on one knee proposing! 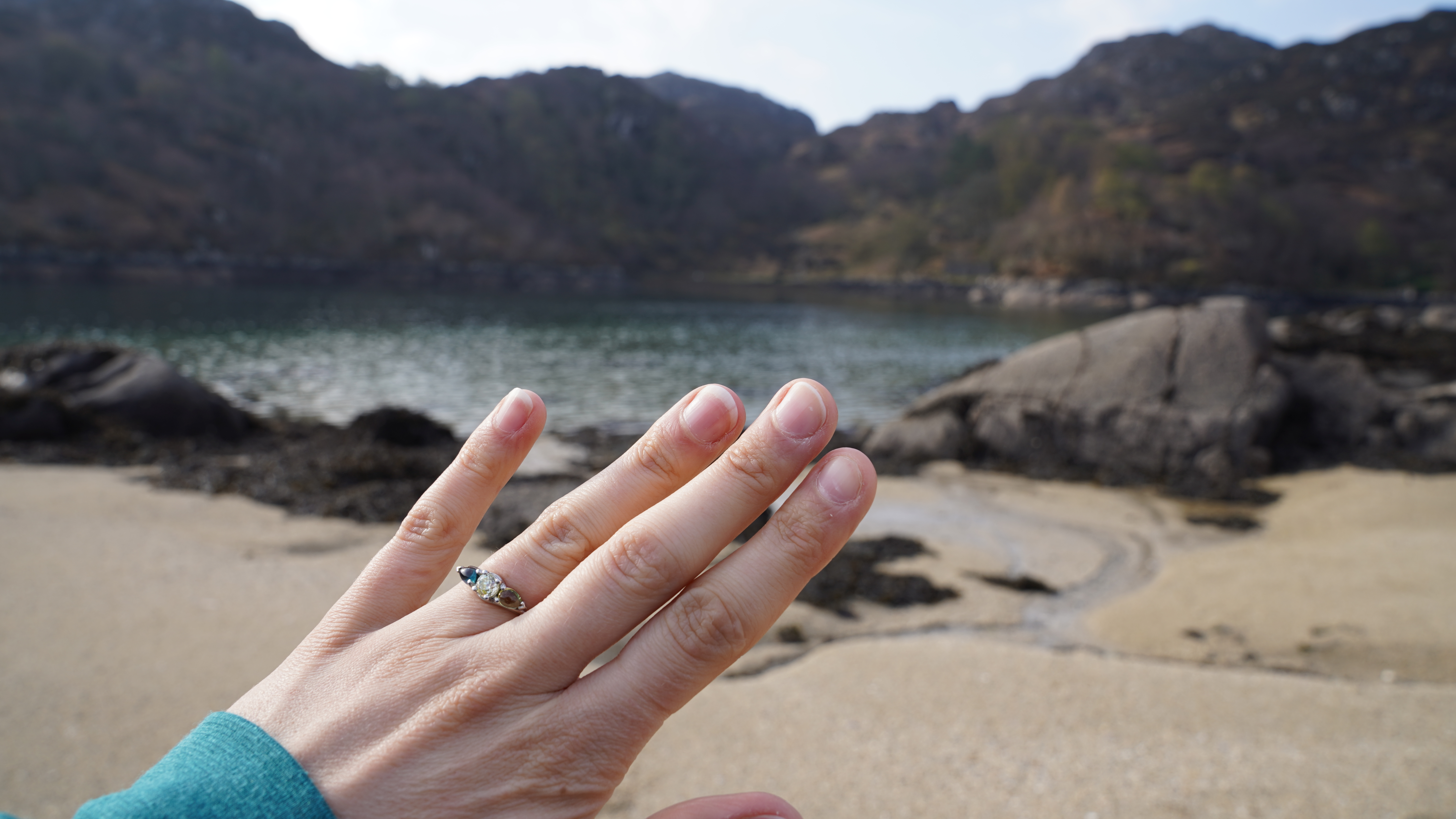 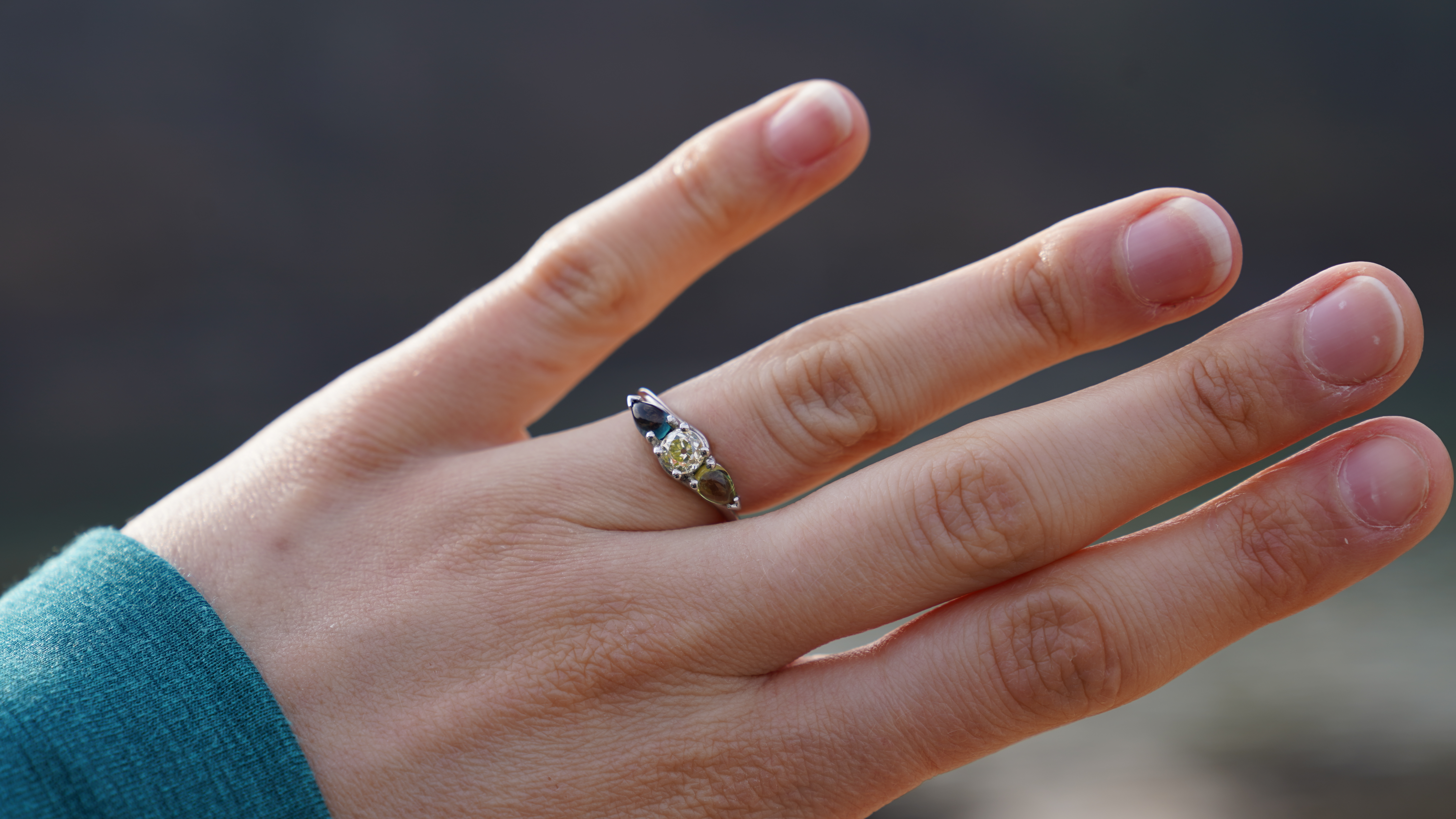 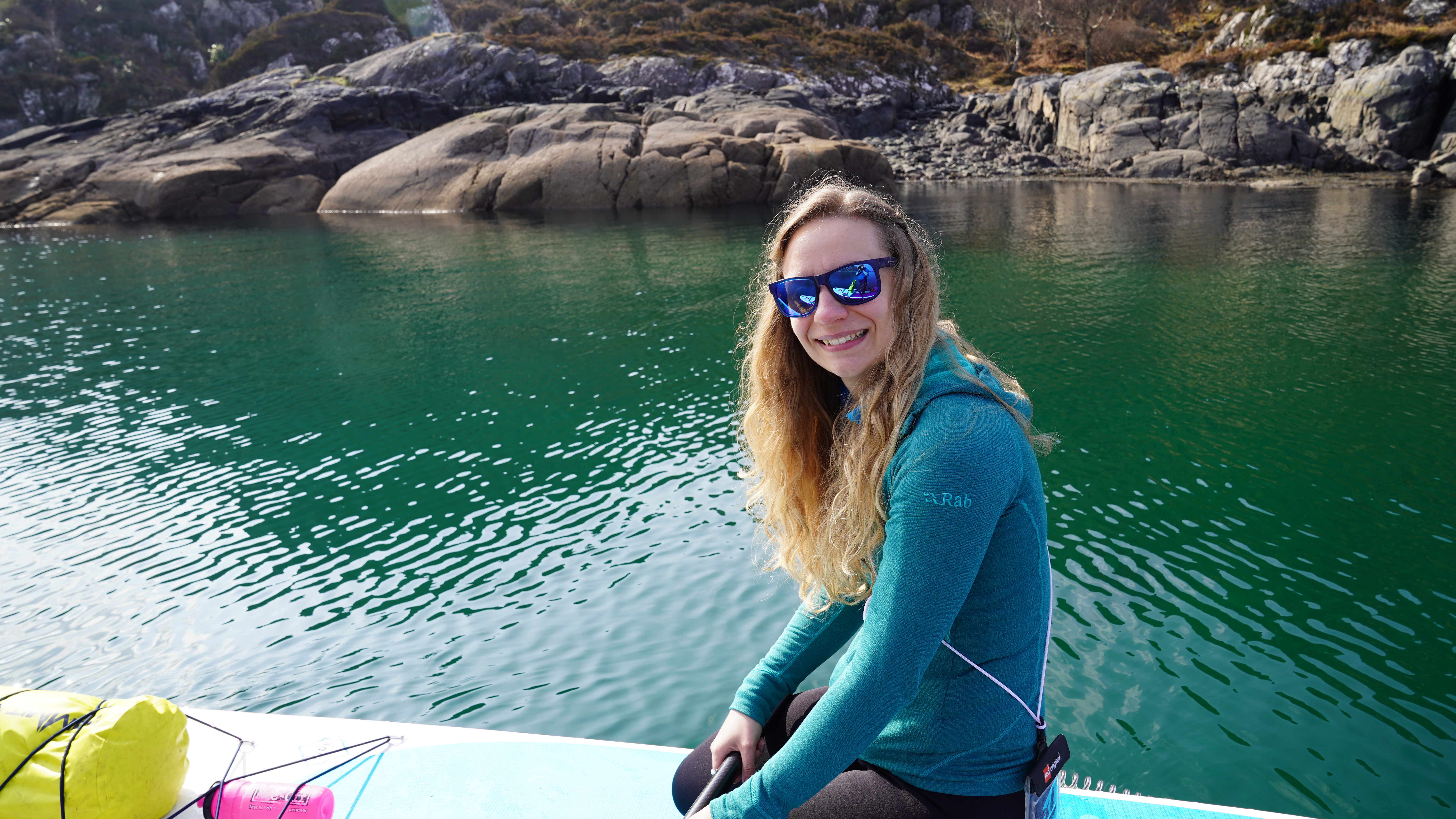 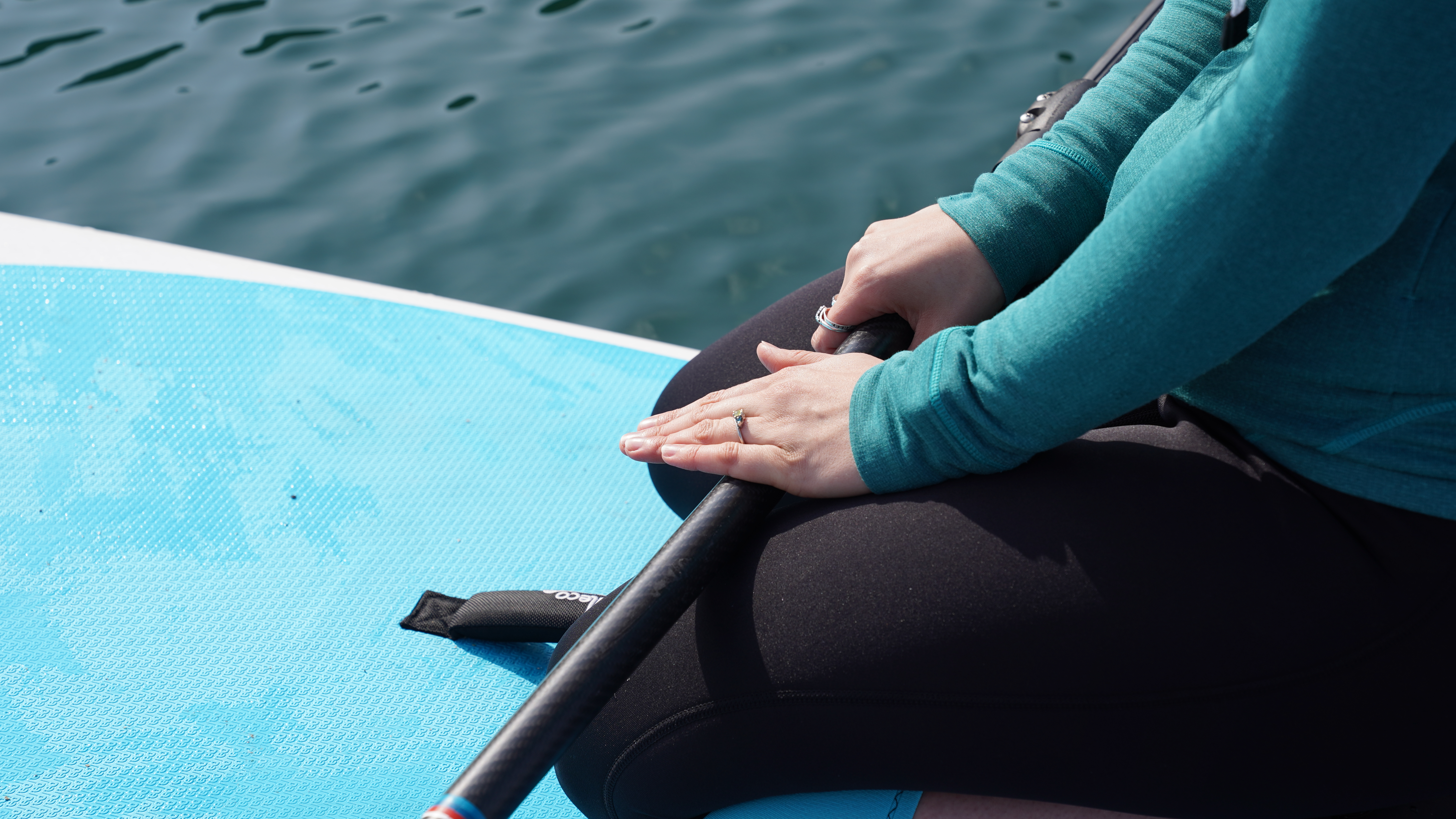 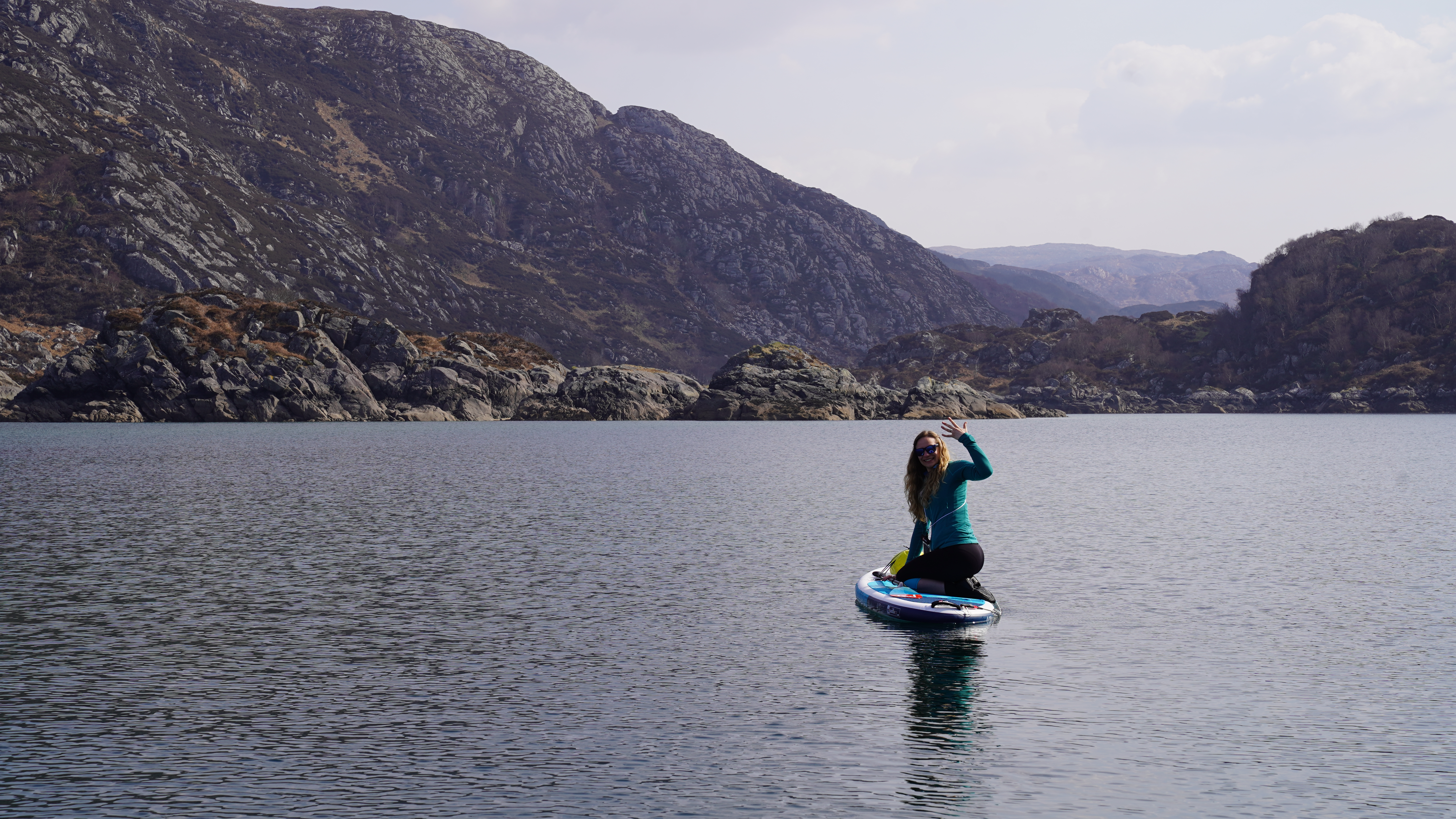 I thought I'd had all my surprises with coming to my own island, but this was the cherry on top.

Once back at the cottage the planning started. Really appreciated the wifi in the Village Hall to call back home and tell the family.

Family all told and now time to get back to us time: marshmallows round a campfire before it got too dark and cold 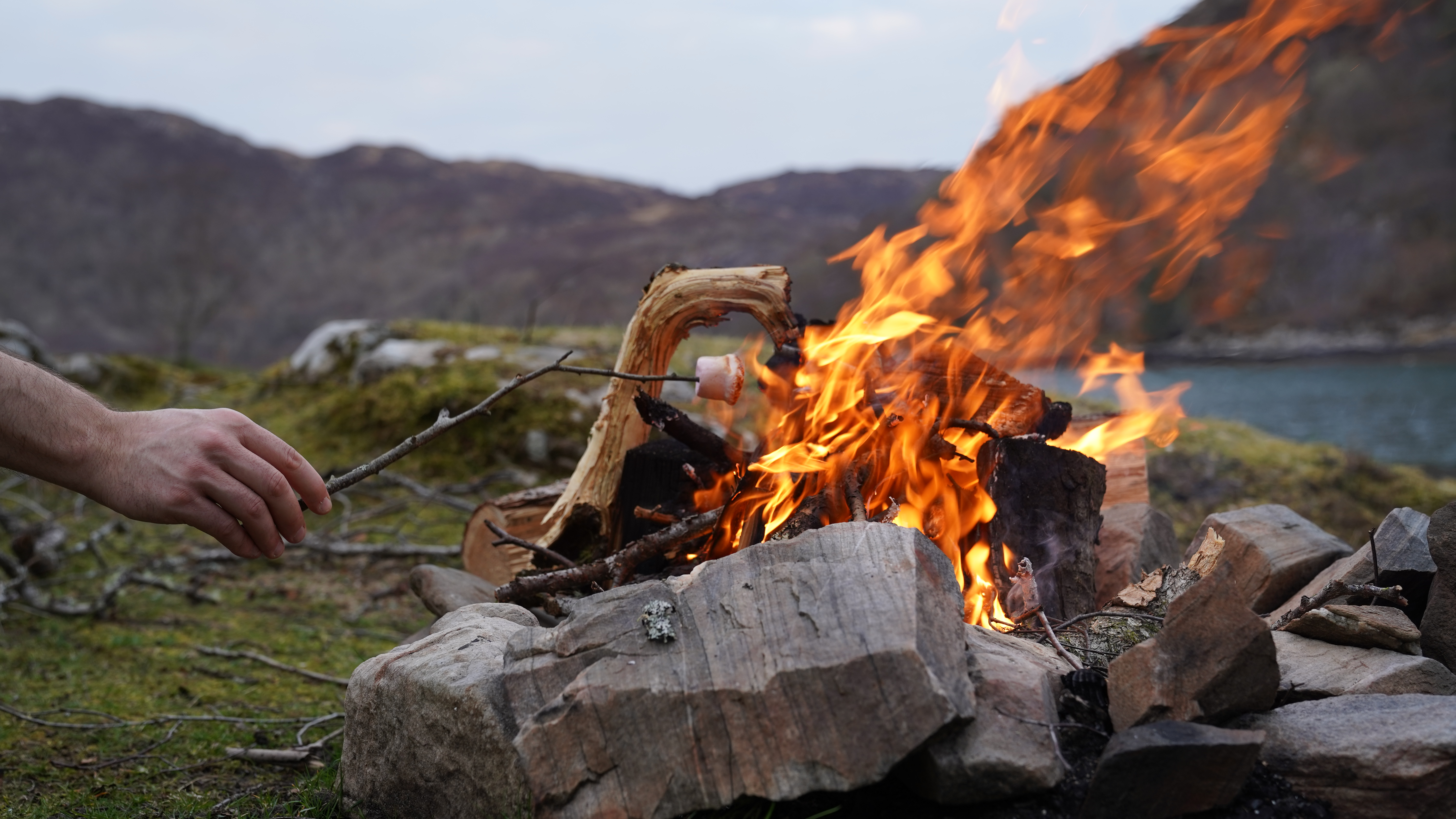 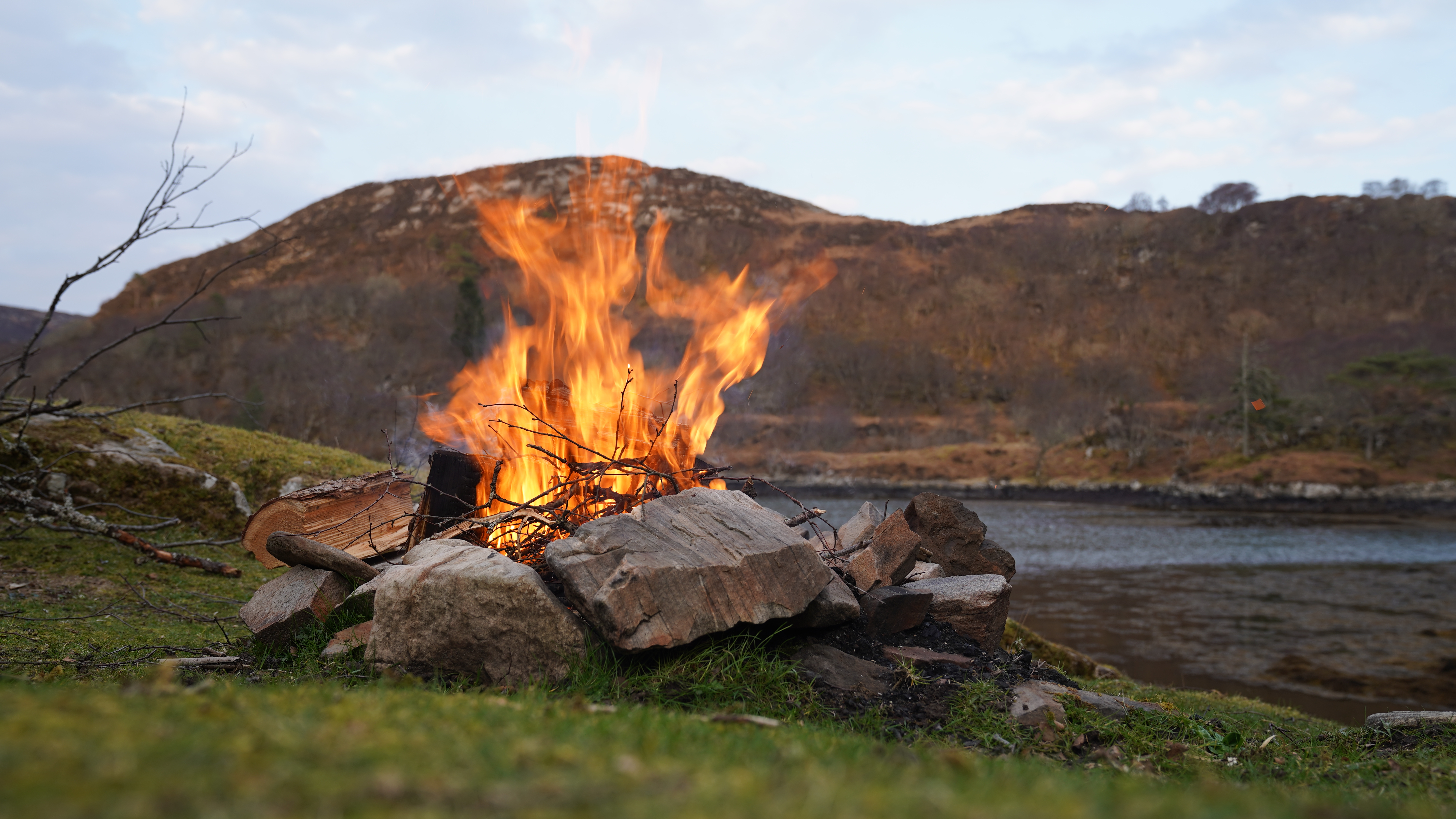 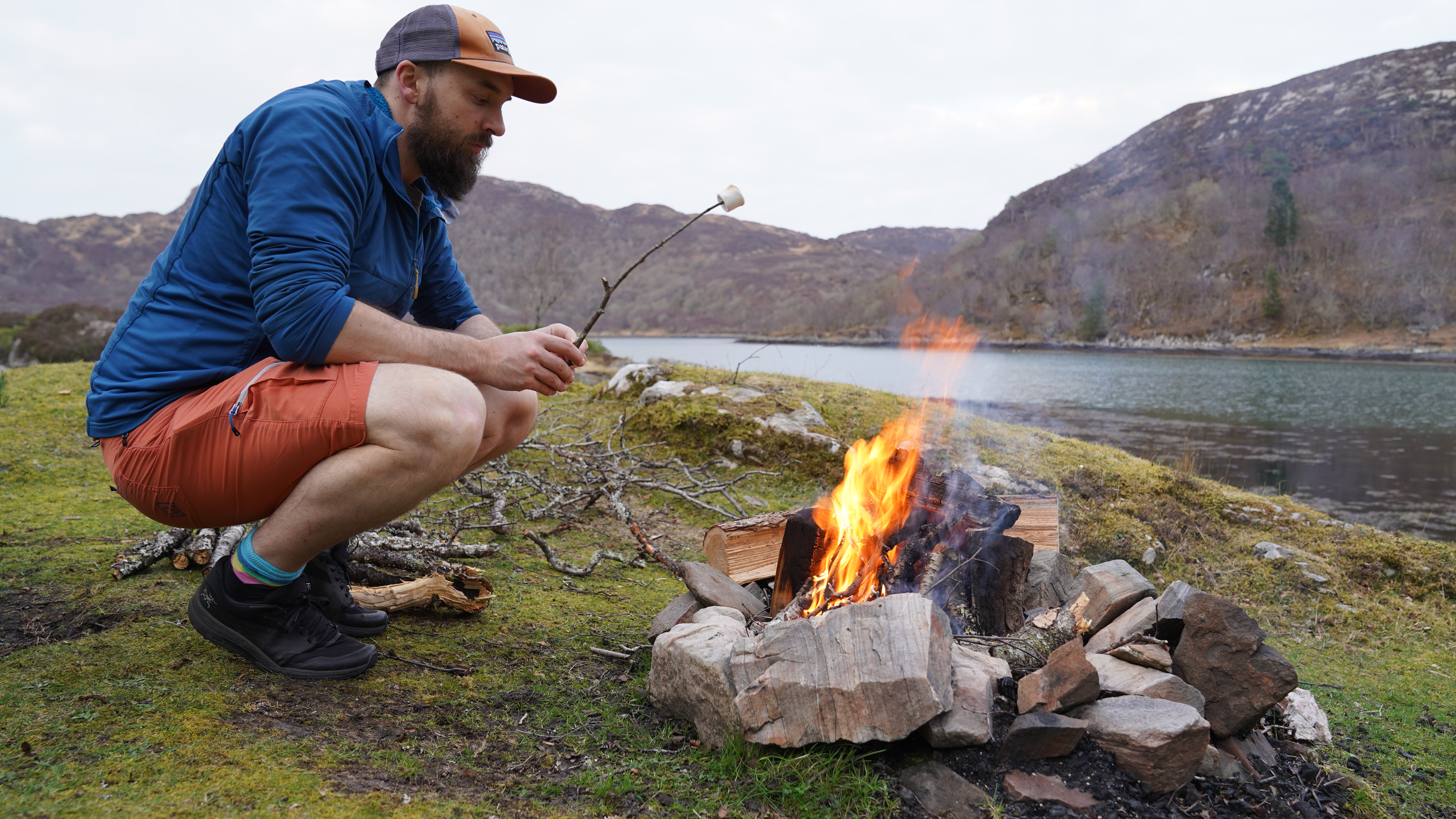 Next up: Clean some muscles we foraged on our paddle and cook dinner!

I couldn't have asked for a better birthday!

The Proposal Story - Written by Phil

(This didn't make it into the guest book!)

Shona's week was all about surprises!

We went up to Scotland for her birthday, she knew we were going to a remote island which had no roads and no vehicles. When we arrived at the slip where the rib "ferry" meets you, she finally discovered out that the island was her namesake: "Eilean Shona".

We stayed in a really cute cottage right next to the water and away from the other buildings. Day 1 we just chilled and Shona unwrapped a cook book and lip balm that was her birthday present. Well, that and the trip, but its always nice to have something to actually unwrap! Day 2 we went for a walk around the island (the full circular route is only 8k). On that walk, we spotted a hard-to-get-to white sandy beach just to the north of the main island. The next day was her birthday and we took our paddleboards out and paddled with the tide to the island we had spotted the day before.

Eilean na h-Oitire (Island of the Oyster) is only about 20m across. We had a bit of an explore and discovered that it was a white sand and coral beach - definitely not something you expect in Scotland! Eilean na h-Oitire has fantastic views over to Baramore Bay on the north shore of Eilean Shona.

Sneakily, I set the DSLR we had with us on a rock and set it to record. Shona then excitedly wanted to show me a cool rock she'd found (yes, we kept the rock) and I walked her into the frame of the camera and then got down on one knee!

I had planned to say to her “I know I’ve said that are no more surprises or presents for your birthday, but I do have one more thing for you (and show her the ring). Shona, will you marry me?”. But, that’s not what happened! When I got down on one knee, and I saw Shona’s shock and excitement, I forgot all of that and just managed to blurt out “Will you marry me?”

I was planning the ring for a while; I wanted something that really represented how special Shona is to me and how awesome our relationship is. With the help of the team at Northern Star Jewellery in Mumbles I settled on a three stone design. A blue topaz, for Shona’s love of the sea and water, a green peridot, for the mountains and forests where we adventure so often. Those two gems surround a yellow diamond. Yellow because Shona loves the colour, she’s blond and she’s my sunshine! The ring itself is white gold and an open loop or wave ring setting that connects the blue and green stones, and brings the whole thing together.

A few people had guessed that something might happen while we were away on “Shona Island”, the best one though, was Shona’s mom. Who thought it was a perfect opportunity but had noticed that when we stopped in to visit on the way up, I hadn’t managed to get a moment along with her dad to ask his permission. I didn’t need to when we were on the way up, because I had asked him way back in December!